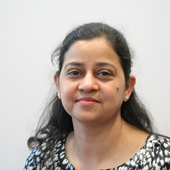 Dr Divya Srivastava graduated in medicine from King George Medical College, India in 2001. She completed her Pathology training from India in 2006. After completing her fellowship, she worked in a tertiary care centre specialised in renal pathology, breast pathology, endocrine pathology and transplant pathology.

After immigrating to Australia, Dr Srivastava completed her required training from Capital Pathology and ACT Pathology and was awarded RCPA fellowship in 2017.

She worked as Specialist with NSW health Pathology at Orange base Hospital and then at ACT Pathology, Canberra. She was also appointed as Lecturer at ANU and was actively involved in teaching medical students. She has joined Capital Pathology in 2021 and her special areas of interest include head and neck pathology, urologic pathology, breast pathology and gynaecological pathology.