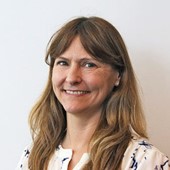 Elisabeth graduated from the Australian National University in 2010. After completing internship and resident training at the Canberra hospital, she commenced training in anatomical pathology in 2013. Elisabeth spent her training time at Gosford hospital for one year, and in our sister laboratory, Douglass Hanly Moir, in Sydney for four years.

Prior to studying medicine, Elisabeth had spent some years as a research scientist undertaking her Master of Science and Doctor of Philosophy at the Institute of Molecular Medicine, University of Oxford. Her Masters was awarded in 1999 and focused on the role of autoantibodies in certain neurological disorders. Her doctoral thesis was awarded in 2005 and was focused on the immune responses to Epstein Barr virus and cytomegalovirus. On returning to Australia in early 2005, Elisabeth undertook a two year post doctoral fellowship at the John Curtin School of Medical Research at the Australian National University looking at HIV vaccine design. Elisabeth was awarded the NH&MRC Peter Doherty Biomedical Fellowship. It was during this time that Elisabeth decided to undertake her medical degree.