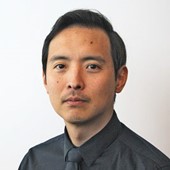 Kyung graduated from the University of Auckland, New Zealand in 2003. He trained in pathology in Auckland, gaining experience both in public and private laboratories. He obtained Fellowship of the Royal College of Pathologists of Australasia in September 2010 and subsequently worked at Western diagnostic pathology in Perth where he was able to develop an interest in breast pathology, dermatopathology and gastrointestinal pathology. In 2012, he was appointed as the head of Anatomical pathology at Medlab pathology in Sydney. Kyung has participated in and presented multiple research projects including cytogenetic studies looking at breast tumours and cytology studies regarding the fine needle aspiration of breast lesions.