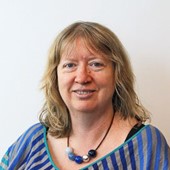 After graduating from medical school at the University of Melbourne in 1983, Melissa began her post-graduate training at Queen Victoria Hospital (later Monash Medical Centre), where she entered the Pathology training program.  This was followed by further registrar positions at Monash Medical Centre and Dandenong District Hospital. She received her fellowship from the Australian Royal College of Pathologists in 1991 and had her first consultant appointment in the General Pathology Service at Ballarat Base Hospital.

Melissa has a keen interest in teaching and subsequently spent three years teaching 2nd and 4th year medical students at Monash Medical University Medical School, as well as consulting in Anatomical Pathology at Dandenong Hospital and Eastern Suburbs Pathology Services. From 1995 until 2000, Melissa was Senior Pathologist / Deputy Director of Pathology at Mercy Hospital for Women & Werribee Mercy Hospital. From 2000 to early 2005, she worked at St Vincent's Hospital, Melbourne. In addition, Melissa continues to hold an honorary appointment at Peter MacCallum Cancer Institute, where for 9 years she was central reviewer for Gynaecologic Pathology and now has continuing research collaborations investigating the mechanisms of breast and ovarian cancer.

Melissa has special interests in Gynaecological & Obstetric Pathology, Cytopathology, and Gastro-intestinal pathology.  She is a member of the Australian Cancer Network's committee on ovarian cancer, which recently produced the first national guidelines on ovarian cancer management for doctors and patients. Melissa also contributed a chapter to an international collaborative work on Controversies in Gynecologic Cancer, edited by David Gershenson et al (Churchill Livingstone 2004) and is now a member of the Editorial board for the journal Gynecologic Oncology.