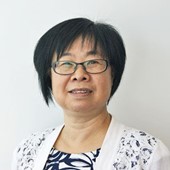 Tracey has dual degrees in both Medicine and Medical Laboratory Science.  She obtained her primary medical degree from Fujian Medical University, China in 1986 and worked there when she graduated as a full-time assistant lecturer, researcher and clinical anatomical pathologist for six years before immigrating to New Zealand.

After settling in New Zealand, Tracey gained a bachelor degree in Medical Laboratory Science from Auckland University of Technology and worked as a Scientist at Labplus, Auckland Hospital whilst she passed the New Zealand Medical Registration Exam (NZREX).  She then worked as a House Surgeon at Tauranga hospital (NZ) before commencing her total of 5 years anatomical pathology training with the Royal Colleague of Pathologists of Australasia (RCPA).

After receiving her Fellowship from RCPA, she joined Capital Pathology as a Specialist Histopathologist and Cytopathologist until recently being appointed as a director of cytopathology.  Apart from her interested in cytology, Tracey also has keen special interests in breast, dermatological, gynaecological, gastrointestinal, and genito-urinary pathology.

Tracey holds Membership of the International Academy of Cytology and Australian Society of Cytology. She is also a listed Sonic Skin Dx reporting pathologist and is actively involved with the ACT & SE NSW breast cancer treatment group.

If you have any enquiries for Tracey, please do not hesitate to contact her on 6285 9867.